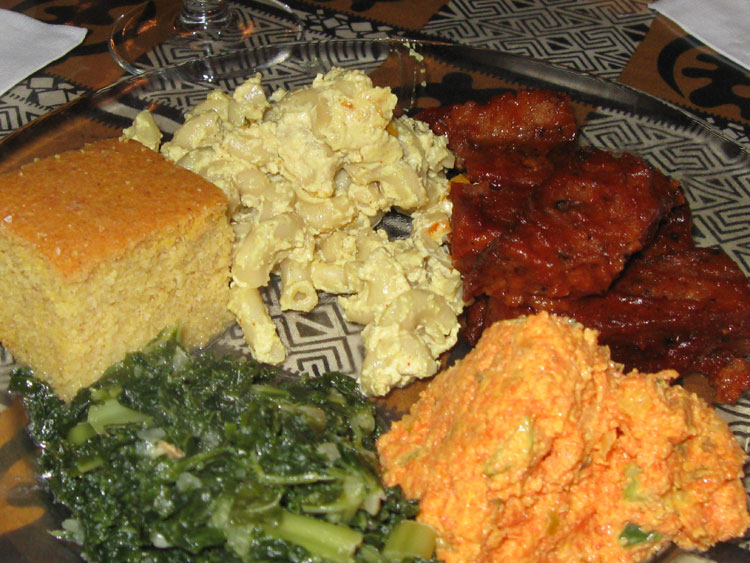 I just got back from my first vegan meetup here in Chicago. For those who don’t know, meetup.com lists several vegan groups that meet for lunches or brunches. The Chicago vegan group meets monthly and this month, we met at Soul Vegetarian East at 203 E. 75th Street. The food and the company were great. Here’s what was on the menu:

What I would have had second helpings of if I weren’t in public:

I have heard that Soul Vegetarian East only makes their Mac & Cheese a few days a week so call before you go if that’s what you want to order.

The restaurant is super easy to get to: take the Dan Ryan southbound, exit number 60A, turn left at the light (75th) and go about 4 blocks. Best parking on 75th westbound, so go past the restaurant, turn around and head back. Many street parking spots are usually open right across from the restaurant.