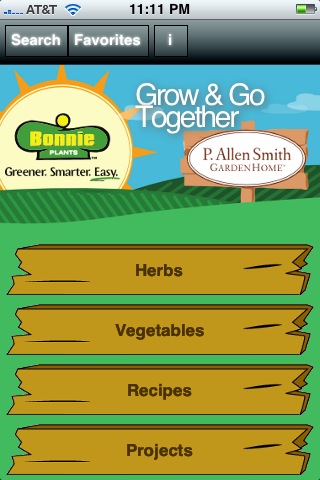 UPDATE: I just realized this app will be a free download. You can get it at the P. Allen Smith website and Bonnie Plants starting Wednesday (tomorrow).

I just got a sneak peak at a new iPhone app from the partnership of P. Allen Smith and Bonnie Plants and it kinda surprised me. Suffice it to say that there are many gardening apps available now and some of them really suck. To the point of containing errors and incomplete data from whatever source was being used for content. But Smith’s app isn’t that. It’s actually a nice little app that didn’t bite off more than it could chew; providing average everyday gardeners with a solid base of everyday plants AND some surprises that I didn’t expect to see.

Smith’s app contains growing information for 50 herbs and vegetables, 50 recipes using them, various garden projects and the ability to sort by season. While the app doesn’t contain thousands of plants, it makes up for it with a nice blend of tried and true plants, unique selections, recipes and garden projects—all linked together by Smith’s personality, at least somewhat. Even though the app isn’t written first person and doesn’t use Smith’s vernacular, it will still feel friendly and comforting to fans. It also contains lots of tidbits and how-tos that will appeal to those seeking more challenges. And each plant entry also has links to related recipes and projects.

The photography—while obviously from various sources—is all good quality. You can see what’s going on in almost every photo and can identify the plants that were previously unfamiliar to you.

This app is not meant to compete with the more in-depth horticultural apps like Botany Buddy but it is perfect for the everyday gardener looking for a usable blend of everyday herbs/veggies with a few more unique selections.

I was elated to find some not completely common vegetables and herbs mixed in with the everyday items. And ditto with the projects. Among my favorite more unique inclusions are: 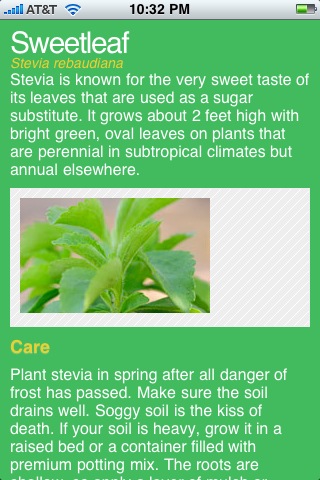 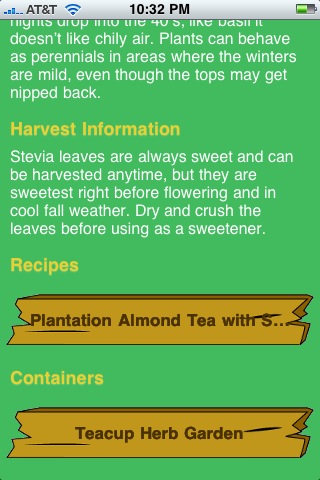 I don’t think I’m giving too much away by showing just a few screenshots from the app. This will give you an idea of the depth of content and range of plants included: 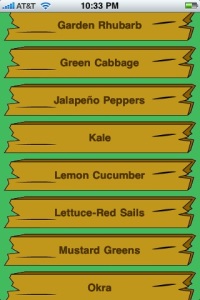 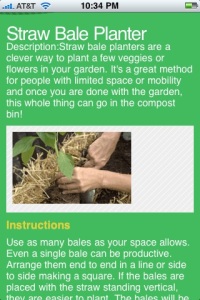 This is the only area that’s lacking. I’ve seen the results of Smith’s work on his shows and am compelled to say that the user interface design of this app is not up to par with the quality of everything Smith touches. The app interface graphics look amateurish compared to the great photos. For example, the illustration style of the menu navigation doesn’t fit with Smith’s brand nor Bonnie Plants. It also seems like an oversight that ingredients for recipes are not above the instructions.

These are minor issues and I am definitely looking forward to version 2.0.

Everyday gardeners: this is a handy little resource so do check it out. There is a nice mix of common and uncommon throughout so there’s always something new to consider for your garden.