Yes, pastrami. Evidently there are reubenites who prefer pastrami to corned beef. Who knew? Until Google, I certainly did not.

Anyway, I was lucky enough this summer to score the last package of Upton’s Naturals seitan pastrami at the Veganmania fest in Chicago. Even though this is a special item and not in their regular rotation of retail products, I was really hankerin’ to see what Upton’s would do with the pastrami spices. And this reuben is awesome! The only part that’s really mine is the extra ingredient in the vegan Thousand Island dressing.

PREFACE: The trick to pulling this off is to work fast to heat all the ingredients and have a lid for your skillet so you can melt the Daiya® cheese before your bread gets too toasty. You could probably melt everything under the broiler but my broiler’s on the floor of my stove and you know how weird I am about creepy dark spaces. 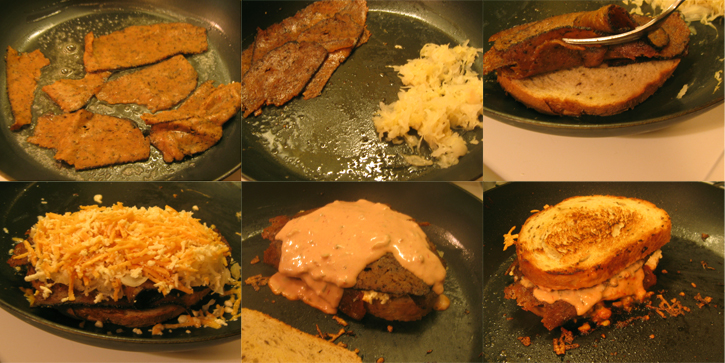 Anything that requires a splatter guard is awesome in my book. Even though what splatters makes you fatter.

This could easily be made under the broiler or in a George Foreman sandwich grill.

Remember, if it’s not messy, you’re not doing it right ;-) 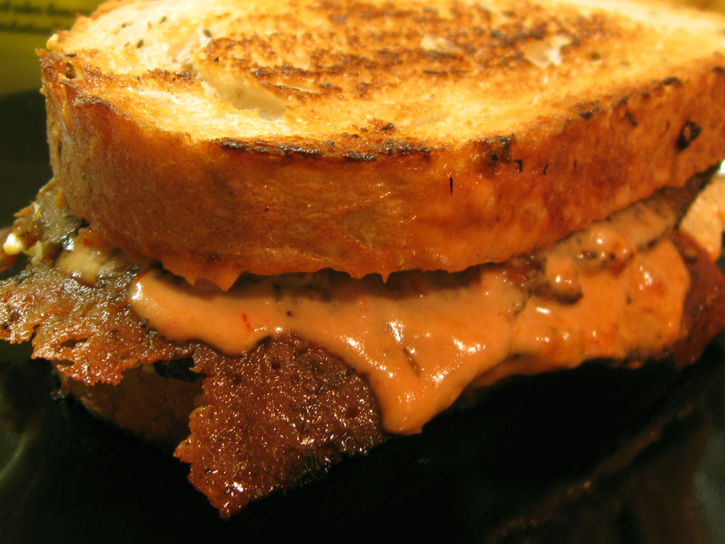